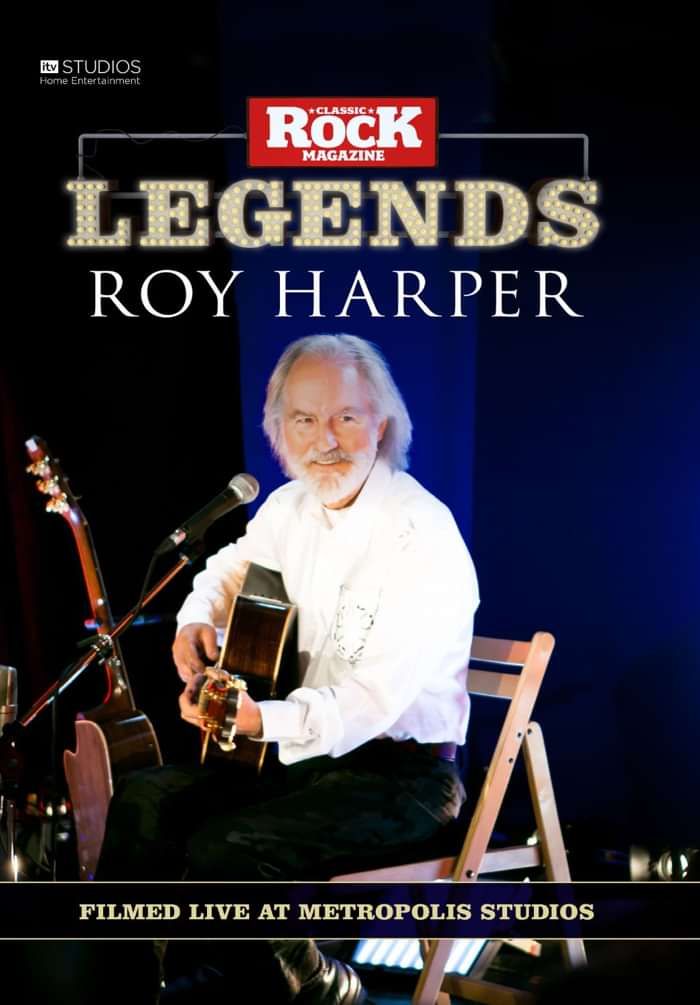 After a journey busking the streets of Europe to Les Cousins Club Soho 1965 via The Hyde Park, Knebworth and Glastonbury Festivals, The Festival and Albert Hall - we arrive early April 2011 at Metropolis Studios Chiswick with one hundred and twenty guests and the one and only Roy Harper.

A breathtaking performance left all who were there drained and mesmerised. Simply unrepeatable, and caught on camera. The DVD includes an interview. One Man Rock And Roll Band 12 Hours Of Sunset Don't You Grieve Another Day Pinches Of Salt Highway Blues Commune Hallucinating Light Frozen Moment The Green Man Me And My Woman When An Old Cricketer Leaves The Crease

Additionally there is a 16 minute interview with Roy Harper recorded at the end of the evening. The DVD is filmed in HD with stereo and 5:1 sound