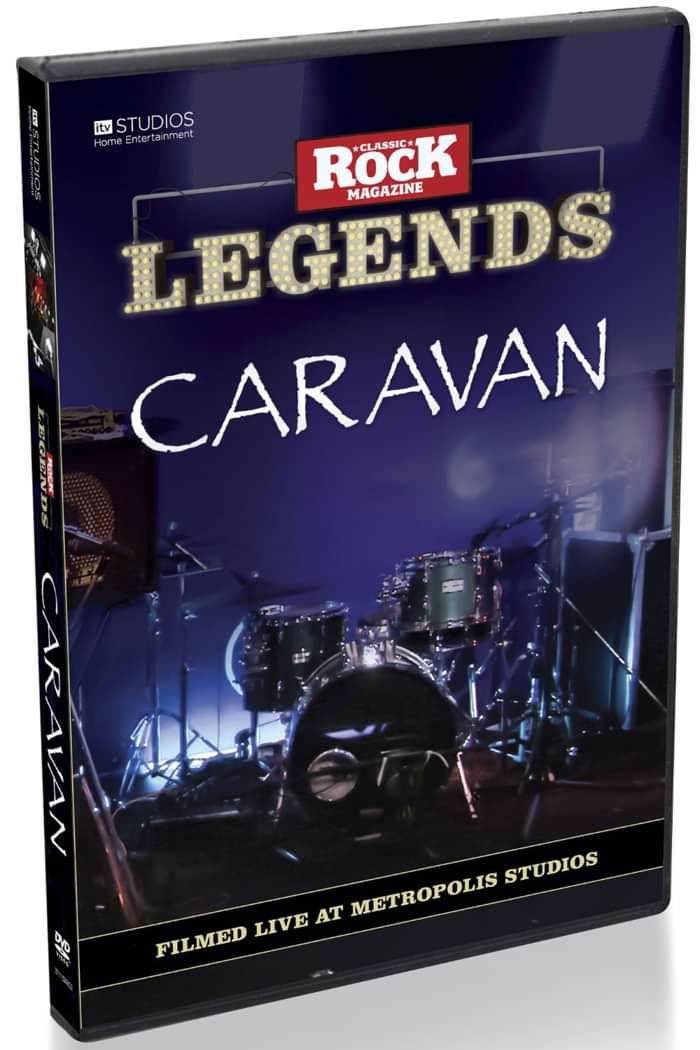 Caravan, the legendary Canterbury band, re-formed specially for this London studio concert in late 2010 and the audience, each one of which was no further than ten feet from the band, were rewarded with a review from Classic Rock which quoted "a new era dawns for the veteran band. They are going to have to go a long way to match this sublime performance". Original members, Pye Hastings, Geoffrey Richardson, Jan Schelhaas, Jim Leverton and Richard Coughlan are joined by new drummer Mark Walker. The concert set covered classics and new songs Fingers In The Till and I'm On My Way. Songs featured are as follows:

The DVD is filmed in HD with stereo and 5:1 sound