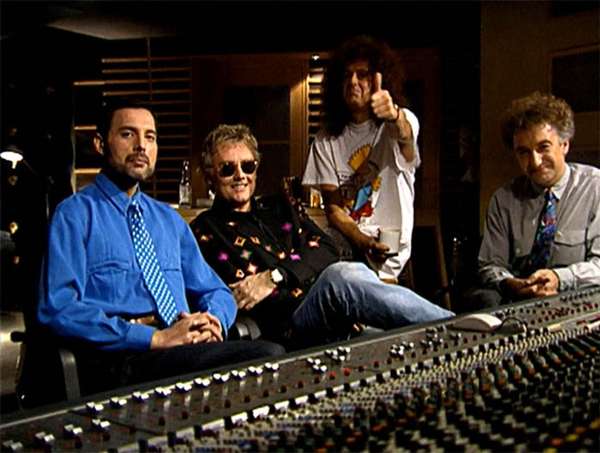 Queen - Innuendo: Back to the Tapes

After 25 years, witness the return of Queen’s ‘Innuendo' album to it's spiritual home, Metropolis Studios.

‘Innuendo' was Queen’s 14th studio album and the last one that Freddie Mercury saw released. Despite his deteriorating health, these recordings contain some of his most powerful and emotive vocal performances including These Are The Days Of Our Lives, The Show Must Go On and the title track No.1 single Innuendo.

Released on Feb 4th 1991 the album hit the UK charts at No.1 and ultimately achieved a Platinum sales award. The album would also attain the No.1 position in Holland, Switzerland, Germany, Finland, Portugal and Italy and hit Gold sales status in the US.

Noel Haris and Justin Shirley-Smith, two of the engineers from the original production team, will host a world-first masterclass in which they will deconstruct tracks from this seminal album.

Noel and Justin will provide an exclusive insight into how individual parts of the album were put together by playing the multi-tracks and following the stories of selected songs from their beginnings to the final mix stage, all from Studio-A where the album was originally recorded.

This is your chance to be part of an incredible ‘one-off’ experience, as we talk to the engineers and go back to the tapes in one of the world’s most famous recording studios.

The experience will kick off with an interview conducted by 6 Music's Matt Everitt with Noel and Justin, followed by the Innuendo Masterclass, a fan Q & A, then an after-party up at the Mercury Bar. We will also be exhibiting Queen photography, all pulled from Brian May's vaults and a prize draw to win some great collectibles.

This is an unprecedented experience for any Queen fan. The event is not being filmed so the only way to experience it, is to be there in person.

All proceeds of the event go towards The Mercury Phoenix Trust - www.mercuryphoenixtrust.com

(Thanks to Greg Brooks)